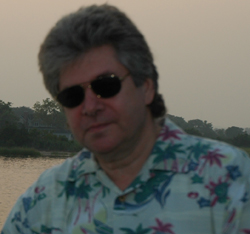 Owner/chief engineer Dennis Drake has had many years of audio engineering experience, starting out doing Sound Reinforcement with the Beach Boys, James Taylor, The Yes Group and many others. He then worked with legendary producer Phil Ramone at A & R Recording Studios in NYC, assisting on many albums for Paul Simon, Bob Dylan and others. Drake also spent many years working in LA as a staff recording engineer at United-Western Studios, working on albums and TV show soundtracks with Mike Post, Ringo Starr, Steve Binder and Jimmy Webb. He started his mastering career with Polygram Records in 1982. As head of studio and technical operations, Dennis was responsible for creating the Polygram Tape Facility in Edison, New Jersey. This required consolidation of the label’s masters from many countrywide locations, into one secure facility. Drake also supervised the design and construction of three mastering studios to service the label’s needs. As the CD revolution began, Polygram was in the forefront, having been one of the developers of the format, along with SONY.

With a huge catalog to mine, the Polygram mastering studios were always busy, with CD’s in production for artists like Eric Clapton, The Allman Brothers, and the great Verve records catalog including recordings by Ella Fitzgerald, Louis Armstrong, Count Basie and many others.

One of the Polygram-owned classical labels, Mercury Records, had a stellar collection of recordings, which the label started to address in the late 1980’s. Drake developed the custom analog-to-digital transfer chain and mastered the first 26 CD reissues from the legendary Mercury Living Presence classical recordings, working with the original producer, Wilma Cozart Fine. A restored Ampex 350 three-track tube tape recorder, a Westrex 1524 tube console, and Westrex 34 mm film deck were used on these sessions. The Mercury Living Presence CD reissue program has been critically acclaimed for it’s sound quality by the New York Times and leading audiophile publications like The Absolute Sound and Sterophile.

The Music Lab was founded in 1991 to meet the specialized needs of record companies and recording artists in the areas of audio mastering, restoration, and archiving of music catalogs. Today, the Music Lab continues to serve a variety of clients, including both record labels and individual artists and bands. Located less than one hour from New York City and close to the Jersey Shore music scene, our studio has an at-home feel with state-of-the-art equipment. A passion for quality sound is what we’re all about.